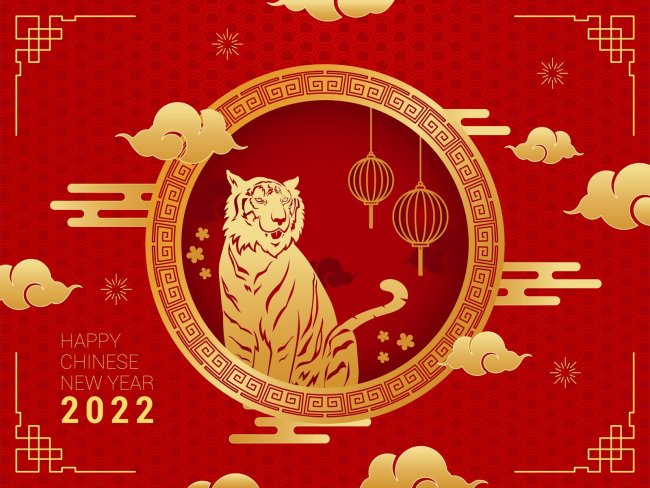 The Aquarius New Moon Chinese Year of the Water Tiger begins on February 1 at 4.45pm (AEDT), positioned at 12 degrees and 19 minutes of Aquarius. The Aquarius New Moon ushers in the Chinese Year annually, the Water Tiger in 2022. In China the Tiger is symbolized as the King of the beasts rather than the Lion! It is believed that Tiger energy brings strength, bravery, and the ability to exorcize evil. Water brings the ability to make and accept change. The Tiger represents the third of 12 animal cycles in China which have been likened to the 12 signs of the Zodiac, so Gemini energy. Experts suggest wild exuberant energy, which comes in bursts. It will be easier to make new connections and find support for new endeavors! Let’s hope this will bring another premiership year for my beloved Richmond Tigers!

This New Moon is the first lunation following the change of Nodes signs to the Fixed signs of Taurus (North Node) and Scorpio (South Node) opening the way for ongoing hard aspects from Uranus in Taurus and Saturn in Aquarius, as well as any annual ingress of the personal planets into Taurus, Leo, Scorpio and Aquarius. The Sabian symbol for 13 degrees of Aquarius is “A barometer”, anticipation is the key word here, the ability to discover basic natural facts, that allow us to plan in advance for action.

Sol and Luna will be making a tight square to Uranus, the modern ruler of Aquarius with this lunation, as they apply to a conjunction with Saturn. Thus, there will be a connection to and between the modern and traditional rulers of the New Moon. This nicely reflects the conflict that always exists in times of change, between what has come before and where we need to go. Uranus will be making the tighter aspect and has managed to lessen his power deficit with Saturn, by Stationing Direct with the last Full Moon.

Venus in Capricorn will be making a tight conjunction to Vesta, as she trines Uranus and makes a close semi-sextile to Sol and Luna. The values that have become emphasized and reinforced for you intuitively during her retrograde period will help you make the necessary changes coming from this lunation, as Venus moves through her post-retrograde phase.

With the Sun and Moon in the sign of Aquarius, the general energy focus for this New Moon will be:

The area most aligned with the position of the New Moon can be best gleaned from your natal horoscope chart, however if you only know your Sun Sign, then affirmations around the areas indicated below are likely to be the most powerful, but some adjustment may be required to the life areas below: