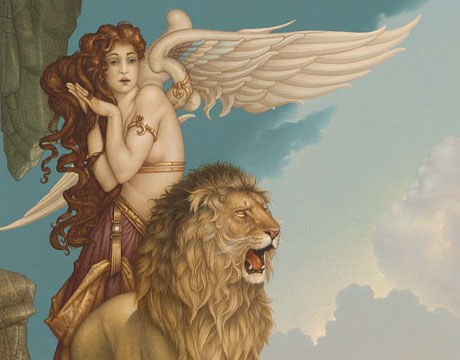 The North and South Node will have perfected a trine/sextile with Pluto, the ruler of the South Node, on February 15 at 7.56 am. Aspects to the transiting nodes by their ruling planets can often herald significant effects in the collective. This will be the only connection made with Pluto during this nodal cycle, so is worthy of note. As the ruler of the South Node, we can expect issues to emerge about untrustworthy behavior, scandals, manipulation, or other power struggles in the collective.

The Leo Full Moon will follow at 3.57 am on February 17 (AEDT), at 27 degrees and 59 minutes of the sign, it’s 28th degree. This will be taking place a couple of hours after Venus moves to perfect her conjunction with Mars in Capricorn at 1.28 am, increasing your desire for intimate relations in a tender and sensual way, which increases the chance of finding romance and making new friends. The transit also makes even routine work more enjoyable, creative activities highly productive. Celebrations held under this influence will be very happy occasions.

The Sabian Symbol for the Moon in this degree is “Many little birds on the limb of a big tree”, a wide and perhaps confusing openness to multiple potential, overwhelmed by possibilities. This refers to spiritual development and the multitude of ideas and possibilities under consideration, after a period of reflection and the need to just enjoy the light and focus in on the relative merits that are mostly closely aligned to the desired purpose.

For the Sun in the 28th degree of Aquarius, the symbol is “A tree felled and sawed to ensure a supply of wood for the winter”, intelligent foresight or satisfying vital basic needs through using skills and knowledge of natural surroundings. The Sun will be closely attended by the asteroid Urania, Muse of Astrology and Astronomy, so perhaps needing to be guided by knowledge of what is to come from the stars!

The luminaries will form a tight Grand Square to the Nodal Axis, as they will be falling in the late degrees of the signs they rotate through, due to the uneven calendar of the first few months of the year (February and April only having 28 and 30 days), so keeping more closely in line to the Moon’s natural monthly cycle of 29.5 days!

The change to the degrees of the nodal axis (moving back through the Zodiac), will thus make close aspects to the luminaries, who move forward one sign each month for their lunations. Pluto will be included in this party from his position in the 29th degree of Capricorn, taking on more significance now, in his role as ruler of the South Node in Scorpio! The North Node will be separating from a close conjunction with asteroid Eos, the Dawn, and TNO Sedna, the Goddess of the Sea Mammals, at this time. 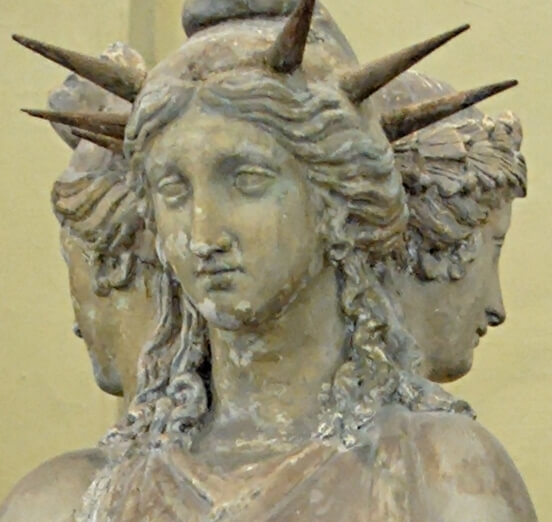 In my opinion, the most significant asteroid aspect in February will have been a square from Hekate to Pluto, the ruler of the South Node, on February 14, as he reaches 27 degrees Capricorn 22’, just 10’ away from Pluto’s Return position to the Sibley chart for the US, on February 20 (UT). Hekate is the powerful Titan Goddess of Transformation and Crossroads. In the original US inauguration chart in 1776, Hekate was also within a slightly wider square to Pluto, at 23 degrees Aries 05’, albeit a century or so before the asteroid’s discovery! It’s an interesting fact, that the Statue of Liberty, dedicated on October 28 1886, was actually inspired by an ancient three-headed monument to Hekate Trivia in the Vatican Museum! the likeness is undeniable despites the sculpter’s claims about the Roman Goddess of Freedom!