Particular myths or mythical individuals seem to speak to us or we are drawn to undertake pilgrimages to mythical sites for a reason. Sara has found our spirit guides tend to find us, rather than the other way around! Sometimes it is initiated by a site or information that comes to light on visiting a certain place. It can be from recognising a theme behind a mythical story or a strong connection to an image, like a certain asteroid in your astrology chart. Our souls speak to us through signs and symbols, then we must attempt to interpret the messages we are been delivered!

She had been fascinated by labyrinths since spending time near Glastonbury Tor in 2010, walking in and out of the natural labyrinth formed there around the crossed ley lines under the Tor itself. Since then she has walked many labyrinths, which culminated with travelling to Paris and Chartres prior to Greece to walk the Christian labyrinth in Chartres Cathedral, another item from her bucket list. Interestingly this proved to be just a pre-cursor to discovering her connection to the Cretan labyrinth, which she now has tattooed on her left shoulder.

What this workshop will lay out for you: 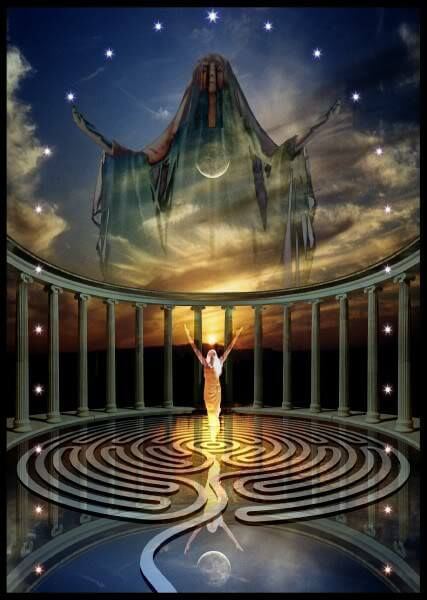 “Sometimes a connection from our past lives needs amplification, by returning to the place of origin, in order to make itself known. Sacred sites carry energy of their own from the past, which is palpable and can act as a catalyst enabling us to make previously unperceived linkages. I have been here before…… “