Myth comes from the Greek word mythos, its meaning has changed over time. Initially it meant speech, sound or words, which changed to narrative or a story with a plot.  In modern times this also became a false story or tall tale!  In psychological fields it is seen as a traditional tale, which refers to a secondary truth of collective  importance.  Mythology talks to us at a deep level and the stories stir something in our unconscious.  Jung called this the    collective unconscious.  All cultures have their myths, usually about Gods or heroes who rose above them to perform super human feats.  This gives us metaphors by which we can better understand our own patterns of behaviour.  They produce images in our imagination and flashes of recognition in our soul.  The Greeks and other ancient cultures perceived this and put it down to a kind of compulsion coming from the Gods, activating the  relevant emotional patterning.  When they recognised the connection to the cycles of a certain planets position in the firmament, they named the body for the God or Goddess concerned.  Sara has always loved mythology, in particular the stories from the Greek and Roman Gods, Goddesses and mythical characters, since early childhood.  She also found the tales from Avalon and Camelot in Arthur’s Ancient Britain inspiring.  She has also always been enthralled by the stars in the sky, named from myth and carrying the energies  associated with the archetypes they are named for! It was a natural progression for her to move onto including the asteroids named for other mythical characters from the pantheon.  Myth sits behind all the esoteric disciplines, its symbolism paving the way towards the meanings that are associated with various aspects of astrology, tarot, Kabbalah and palmistry, to name just a few.

It is thought that, particularly in the Middle Eastern and Southern European region, evolving civilizations adopted or syncretised their Gods or beliefs from those of older cultures. For example the Phoenician or Canaanite or Hebrew Goddess Astarte or Ashoreth, becoming Innana or Ishtar in Mesopotamia, to Aphrodite and Asteria in Greece, and Venus in Roman times.  Sara has tended to focus on the Greek version of mythology over the Roman one in most cases. She has also added many additional archetypes which resonated, when she was fortunate enough to visit the place of their origins, in particular from the Egyptian and Minoan civilisations.  People often ask Sara how she can keep all the stories from mythology in her head and  share them through storytelling or her writing.  The answer is very clear in accordance with the use of the asteroids named after mythical individuals and carrying their archetypes.  She has the asteroid Mnemosyne, named for the Greek Goddess of Memory and Mother to the Nine Muses, within half a degree of her Ascendant or Horizon in her Natal Chart.  This represents who we embody or how people see us, through astrology.   Mnemosyne was tasked with ensuring that the stories of the Gods contained in the myths were remembered over time.  She achieved this by inventing words and writing so that the great poets like Hesiod, Homer, and all who followed them, could immortalise them and inspire artists to visualise them.  She lay with Zeus the King of the Gods for nine consecutive nights in order to give birth to the Nine Muses, who in turn inspired all the creative people in the world.

The monthly mythology workshops will be held on the fourth Saturday afternoon of each month beginning in February 2018.  The first four workshops will cover the following mythical archetypes:

The Greek Gods – Nyx, Gaea and the Titans

What these workshops will help you identify: 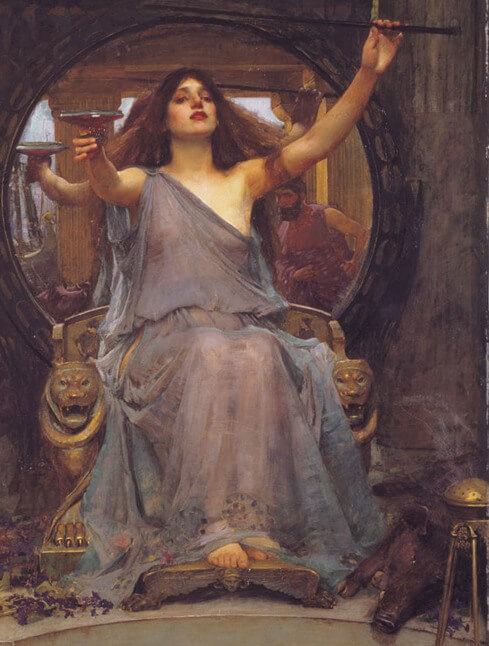 “Any great mythology might – if one chose to ignore its artistic aspects – be styled as a collective psychology.  One must not however altogether disregard the fact that mythology is also a special, creative and therefore also an artistic activity of the psyche.  It encroaches on poetry, but nevertheless it is an activity of its own kind, to be ranked with poetry, music, the plastic arts, philosophy and the sciences.”

Carlos Kerenyi: The Gods of the Greeks

What is Mythology
What is Astro-Mythology
Mythical Archetype Sheets
Myths, Labyrinths & Life