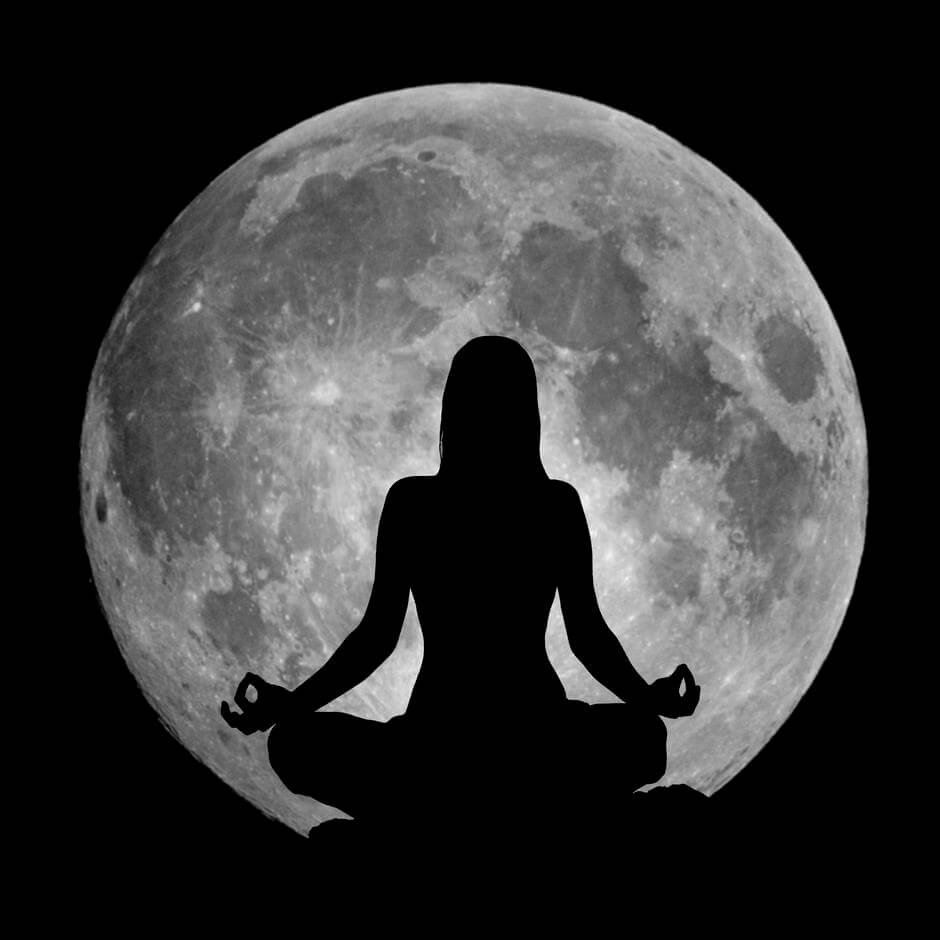 The Second Full Moon in Libra will occur at 9.13 pm on Friday April 19 (AEST).  This is a big deal as it driven by nature not by the man-made calendar.  It is annoying when everyone gets excited about double ups of New or Full Moons in the same month, calling them Blue Moons, as this often occurs only in one time zone or hemisphere of the world and is caused by the abnormalities in our months which were created by the church grrrr!
M. Keely Hunter has suggested we call this double occurrence a “Green Light” Moon in her newsletter and I think that is an excellent idea.  Ancients gave the different sign lunations an individual name and the one for Aries Libra is Grass Moon, Egg Moon or Worm Moon so I think Green Light is very suitable 🙂
This Libra Full Moon is a welcome relief after Mercury finally left his tiresome retrograde loopy loop early yesterday and entered the sign of Aries a few hours later at 7 pm beginning a new round of the Zodiac YAY!!!!
Tomorrow at 8.30 pm  the Moon will form an exact square to the Nodal Axis, where Saturn and Pluto will both be straddling the South Node, your past emotional patterns that you are working on releasing and healing.  The outer planets are almost stationary, both due to station retrograde before  the end of the month.
Last month’s Libra Full Moon was just 09 minutes into the sign of Libra, this time the Sun and Moon oppose each other in anaretic 29th degrees of Aries and Libra respectively, so it may not be possible to continue to pretend that ongoing imbalance is acceptable. This last degree of a sign indicates that something needs to be finished off from the past! With the Sun conjunct Uranus, it will be essential to break free and ensure your own requirements will be met more fully.  You are being given double the time and opportunity to deal with your relationship issues and obtain a better balance.
Pluto and the South Node will both be triggering the Full Moon, so it would seem that change is inevitable unless you are content to remain with the patterns which have been controlling you from the past. The Libra Full Moon will take place on April 19 at 9.12 pm (AEST) at 29 degrees and 06 minutes, the 30th degree of Libra and the Sun opposite in Aries.
The Sabian Symbol for the Moon is described as ”Three mounds of knowledge on a philosopher’s head”. This indicates the fulfillment of the power of man’s understanding at whatever level of existence the person operates. It speaks of a holistic approach to knowledge which will be paramount for dealing with the powerful energies that have been unleashed.
For the Sun in the 30th degree of Taurus, the Sabian Symbol is “A peacock parading on the terrace of an old castle” the personal display of inherited gifts or consummation.
Mercury will conjunct Chiron in Aries on April 20 at 10 am shortly after the Full Moon shining light on what needs to be communicated to heal.
Mars in Gemini will go out of bounds from April 21 to June 16, when you may not be able to resist speaking up about what concerns you, so there could be conflicts ahead. The Sun will not be as effective as usual, in holding back your urges to take action.
A few days later Pluto will Station Retrograde at 23 degrees 06 minutes of Capricorn returning to 20 degrees 28 by October 3. As he slowed down to move backwards, he will have spent much time going over 22 degrees of Capricorn, where he will meet Saturn in 2020 for their fateful conjunction and beginning of their new planetary cycle.
At the end of the month it will be Saturn’s turn to station retrograde on April 30, less than a day before he too moves to merge energy with the South Node. Saturn will travel backwards from 20 degrees 31 minutes of Capricorn to 13 degrees 55 minutes on September 18. This will be a time when your chickens come home to roost and the repercussions of any actions or inaction from the past can no longer be ignored!
Whatever was suggested with Pluto earlier in the month will now become blatantly obvious.
Share118
Tweet
Pin
Share
118 Shares