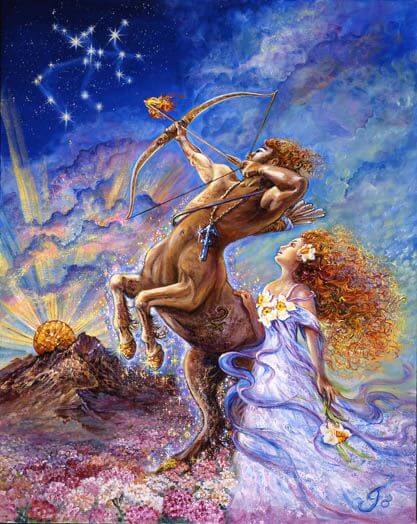 The Sagittarius Solar Eclipse New Moon in 2021 will be tonight December 4 at 6.47 pm! How exciting!!!

Neptune began December in the spotlight, as Mars in Scorpio will have already made exact a watery trine to the God of the Oceans, in the early hours of November 30. T his may have helped you feel more compassionate and will accentuate your feeling strong urges to idealize your altruistic leanings. Venus will have made a sextile to both Neptune and Mars from Capricorn late on December 1. So the trio will be intent on developing your dreams and illusions, make sure you pay attention to what comes up! Neptune will be super powerful, having slowed down ready to Station Direct at 00.22 am on December 2. The planet of illusion, delusion and confusion has been on its annual 5-month retrograde cycle, since June 27.  Whilst retrograde you can wake up from your dream state to some extent, coming to terms with reality can leave you somewhat disillusioned and feeling deceived.

Once Neptune starts to move forward again the fog will start to roll in so try to establish what you have learned over the last 5 months and hang onto it. Venus will be in her pre-shadow retrograde cycle so giving an indication of what is to follow. The way we want to spend our time energy and money is likely to change, maybe even who we hold most dear in our hearts. Venus is more cautious in Capricorn, prefers relationships to be predictable and committed. Desires tend to be more controlled, practical and are less likely to be expressed openly. Money and other resources are less likely to be wasted.

This Solar Eclipse is part of the same series as the previous Taurus Lunar Eclipse, 5 South. Bernadette Brady stated this to be a very joyful, happy family of eclipses! You may sense good news or falling in love in the air, any kind of peak joyful experience that benefits your life in some way! It can be expected to continue for some time after the eclipse has passed so good news for once! 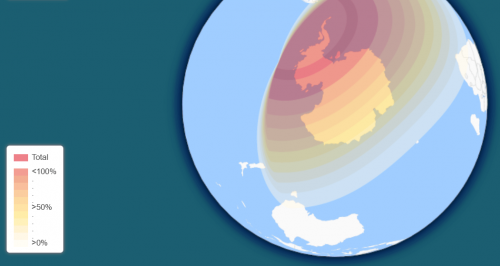 Centred over Antarctica, it will not be visible to us in Melbourne.

The eclipse will occur at 12 degrees and 22 minutes of Sagittarius. The Sabian Symbol for 13 degrees of Sagittarius is “A widow’s past is brought to light”. Dane Rudhyar commented that the karma of whatever deeds or misdeeds this cycle witnessed will almost inevitably intrude into the new life period. A symbol of retribution. The Sun and Moon will be applying to a conjunction with Mercury and moving to form an awkward quincunx to Uranus in Taurus! Lion-headed Egyptian Neter Sekhmet will be making her voice heard, as part of an intense stellium with Mercury and the Luminaries, opposing Black Moon Lilith in Gemini and forming a Grand Square with Hopi and Gaea in Virgo, and Pallas Athena in Pisces. Perhaps the retribution will come from Mother Earth after yet another meaningless International Summit on Climate Change!

With the Sun and Moon in the sign of Sagittarius, the focus is always on:

The area most aligned with the position of the New Moon can found in your natal horoscope chart, however if you only know your Sun Sign, then affirmations around the areas indicated below are likely to be the most powerful: