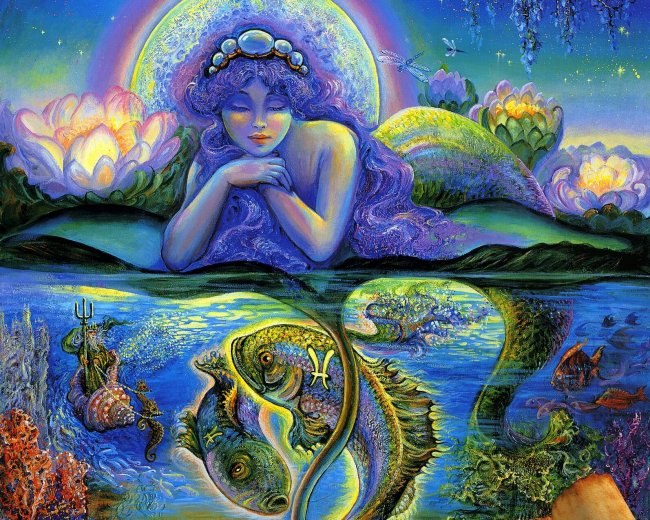 The month began with the asteroid Vesta entering 25 degrees of Capricorn, to apply to a partile conjunction with Venus, who made an exact trine to the North Node at 2.54 pm. This was the Goddess of Love’s first of many aspects to the Nodal Axis, as ruler of the North Node. Pluto the ruler of the South Node, has already made his own solitary aspect for the cycle, another trine and easy opposition, on February 15. These two rulers of the Nodal Axis will be due to make their exact conjunction on March 4 at 4.55 am, just a day after the Pisces New Moon! This will provide a good opportunity to integrate the more positive qualities of the two Nodes.

Venus of course will still be within a one-degree orb of her conjunction with Mars, which became exact at 1.28 am on 17 February, at 16 degrees and 53 minutes of Capricorn. The pair will remain within a one-degree orb from each other for 29 days from February 12 to March 13, as they are due to meet exactly once more, on March 6 at 5.58 pm in the very first minute of Aquarius 0o 01’. Of course, this is the same degree of Aquarius in which Jupiter and Saturn came together for their Great Conjunction on December 22, 2020! This all seems very karmic, and many are pointing to a more definite beginning to the elusive Age of Aquarius!

Vesta and Pluto will be involved in a tight 3-degree stellium with the two lovers, from February 27, until they change sign on March 6, so it will be an intense time with strong sexual overtones, for all kinds of relationships. The potential will exist for deep passionate connections, power struggles, and uneasy or quite violent rifts! Vesta held dominion over all offerings made to the Gods around the hearth that formed the center of every home and communal dwelling. She is the bright flame that burns in us all and determines what we are invested in, what we want to bring to the forefront in our lives. Vesta also represents the pure sexuality that drove the world from matrilineal times, as the sacred harlots who belonged to no man but produced the lineage of kings. Patriarchal Roman customs reversed this custom to the kings determining their own linage and demoted the vestal virgins to chaste keepers of the sacred flame who were buried alive if they broke their vows to celibacy. Interesting how Vesta should be working with Pluto at this time, to help transform the roles of women in society and the way they are treated sexually by men, as we are seeing within parliamentary discrimination matters and with Prince Andrew’s public humiliation over the Giuffre affair!

The Pisces New Moon will fall amongst all this intensity at 4.35 am (AEDT) on March 3, at 12 degrees and 06 minutes of Pisces, it’s 13th degree. The Sabian Symbol is ” An ancient sword used in many battles, is displayed in a museum”. This speaks of will power, the ability for an individual to use their will effectively, becoming a symbol of courage for all who follow in their footsteps. The ultimate spiritual weapon in meeting the challenges of inner life as well as outer opponents! The New Moon will be applying by conjunction to Jupiter, the traditional dispositor of Pisces, amplifying the energy.

The luminaries will form a tight sextile to Uranus, so quite dramatic changes can be affected if required. Mercury will have exactly aligned with Saturn in Aquarius, just an hour previously, so there will be a tendency to keep your thoughts to yourself, which may be an advantage as you will tend to focus on the negative aspects of any situation. You will be able to think quite clearly despite all the sensitivity and blurring of boundaries coming from your emotions.

With the Sun and Moon in the sign of Pisces, the energy will balance on:
• Being compassionate and sensitive to the feelings and needs of others
• Using your imagination to develop different ways to be creative
• Helping animals and people who have fallen on hard times
• Spending time on your own to refocus
• Going with the flow, letting other people take the lead
• Following spiritual pursuits and connecting to spirit

The area most aligned with the position of the New Moon can be best gleaned from your natal horoscope chart, however if you only know your Sun Sign, then affirmations around the areas indicated below are likely to be the most powerful, but some adjustment may be required to the life areas: 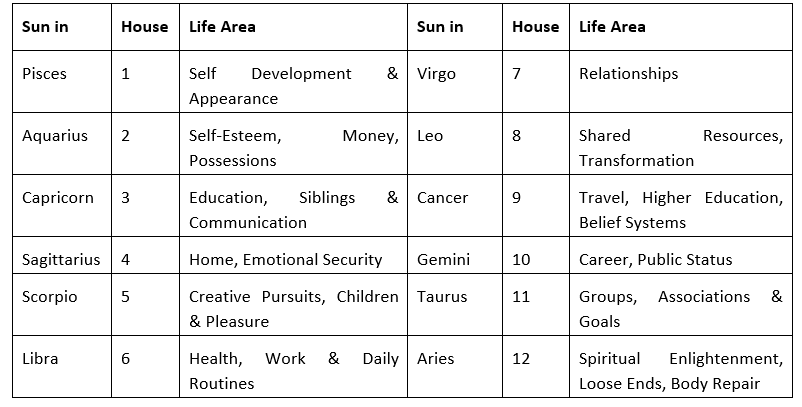