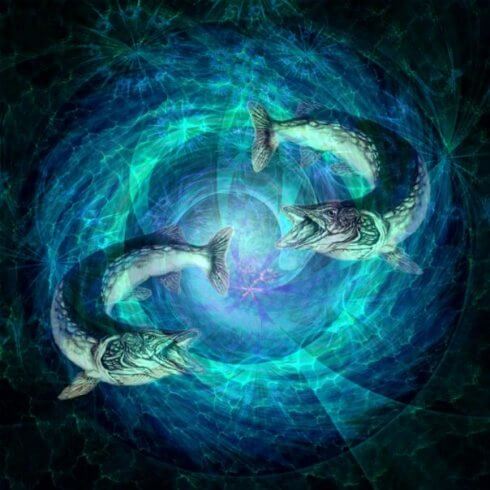 March is always the time of the “Two Fishes” but this year the emphasis will be strengthened even further by Mercury Stationing Retrograde at 29 degrees of the sign on March 6, the day before the Pisces New Moon.

This means the planet of intellect and communication will be in Pisces from February 10 to April 17, some 66 days, about three times as long as he usually spends in a sign! He entered his pre-retrograde shadow on February 20 at 16 degrees of Pisces (the zodiac position he will retrograde back to). He will Station Direct again at this position on March 29, but remain in his post-retrograde shadow until just before he leaves the sign on April 17.

Mercury isn’t comfortable in Pisces, at the best of times, so it is best to avoid any kind of detailed work or tidying up of loose ends. You will be more dreamy, imaginative and intuitive throughout the 9 weeks, even without the inward and reflective focus brought by Mercury’s retrograde cycle. You are likely to have more bubble up from your unconscious in the form of dreams, which need to be journaled and explored, synchronicity and imagination and find yourself questioning your spiritual beliefs and psychic abilities. It can be a tricky time as you will be more prone to picking up other people’s feelings from around you.

Another critical astrological milestone will be reached on March 6, when Uranus moves forward to re-enter Taurus, where he will remain for seven years until 2025. This will test the values of all human beings in the world along with their need for material and financial security.

Uranus usually brings revolutions, shake ups and unexpected change when he changes sign, in Taurus this will most likely involve the way we pay for things, banking, the stock market, superannuation and pensions, food production, conservation, climate control, land ownership and the housing market. It could also involve fitness and obesity, innovations to health and medicine. Whatever we can imagine there will always be something else, with Uranus we can never predict the outcomes, they have to be unexpected.

The Pisces New Moon will fall at 3.03 am (AEDT) the next day on March 7, at 15 degrees and 47 minutes of Pisces, it’s 16th degree. The Sabian Symbol is ”In the quiet of his study a creative individual experiences a flow of inspiration”. This speaks of subjective strength, the reliance upon one’s inner source of inspiration or guidance. The synchronicity with Mercury having just turned retrograde is mind blowing!

Sol and Luna will be closely conjunct to Neptune, the modern ruler of Pisces at the time, as well as to the asteroid Vesta. Vesta has been said to provides the fireplace where strangers can be welcomed to tell their stories, or intuitive thoughts can be integrated with the rational mind. The asteroids Apollo and Pythia, archetypes of oracular divination form a partile quincunx aspect to the luminaries, another indication that meaning can be assimilated from the intuitive right hand side of the intellect.

With Mercury still in the karmic, anaretic 29th degree, strong emotions will be brought to the surface and you may feel somewhat lost and confused. However the Pisces New Moon will be supported by productive sextile aspects to both Mars and Saturn, so there can be some feeling of anchoring if you work with your intuition and take some kind of action to make something of your visions or deeply held wishes and prayers. You have a duty to do something significant towards your transformation. Jupiter the older ruler of Pisces will be making a wider square to the Pisces stellium, suggesting that the way forward may not be easy to see. Mercury in Pisces can cloud your vision, so you need to unravel any untruths that you have been told by others or yourself and move forward with the truth in mind.

With the Sun and Moon in the sign of Pisces, the energy focus that balances this is on:
• Being compassionate and sensitive to the feelings and needs of others
• Using your imagination to develop different ways to be creative
• Helping animals and people who have fallen on hard times
• Spending time on your own to refocus
• Going with the flow, letting other people take the lead
• Following spiritual pursuits and connecting to spirit

The area most aligned with the position of the Pisces New Moon can be best gleaned from your natal horoscope chart, however if you only know your Sun Sign, then affirmations around the areas indicated below are likely to be the most powerful, but some adjustment may be required to the life areas below: 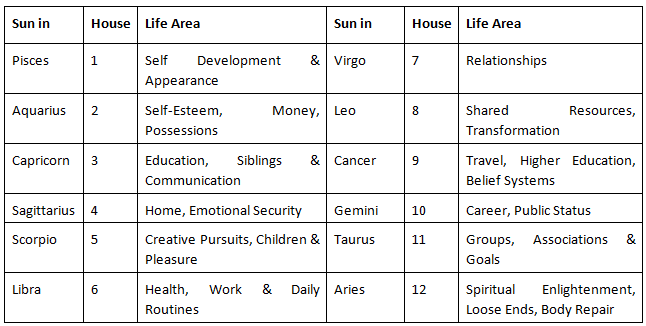