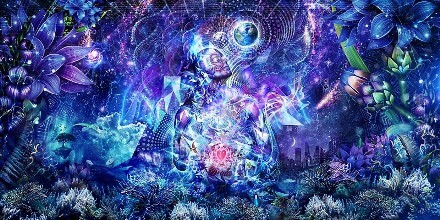 Mercury Stationed Direct just 58 minutes after midnight (AEDT) but you are not out of the woods yet! He still has to go back over the portion of the Zodiac he revisited whilst Retrograde. This is called his post-retrograde shadow cycle. Its time to determine what action you will need to take after April 17 when he has finished with his shadow period and finally moves into Aries.

At the moment he is hanging about with Neptune, and as he slows right down around the time of a retrograde, he will be enmeshed with the planet of mystery, imagination and sensitivity until April 4. Neptune is also the modern ruler of Pisces, so in a stronger than usual energy to influence Mercury. Just play it carefully over the next few days, dream of what is possible and let your intuition guide you towards the future, but don’t make any firm decisions or take action until after April 4, or even better April 17.

Pluto has also moved to combine energy with the South Node of the Moon, the pair will be conjunct on April 5 just in time for the Aries New Moon. This will make you reflect deeply on how issues of manipulation and control prevent you from moving forward on your transformative journey. This ia time when you need to make yourself more vulnerable to accept love and you can’t do that when you are holding on tightly to control your emotions.

From 2 am to 5.30 am the Capricorn Moon was merging energy with the asteroid Persephone, Queen of the Underworld helping you dig down deeply, through your dreams. From 2 pm this afternoon until 2 am tomorrow morning Luna will participate in a huge energy merger with Saturn, the asteroid Medusa, Pluto and the South Node. You may manage to gain some deeper insights into what you are hanging onto, and how real the threat it is associated with, actually is! This is a torrid time but let your feelings have full range and just be careful you don’t lose your head in the process!

After the storm the Capricorn Moon has a final meetup before she changes sign at 12.45 pm. She will be conjunct the beautiful asteroid Hopi, wisdom of the land from the Native American Indians from 3.30 am to 7.30 am. This will remind you of the peace you can encounter when you focus your energy on your true nature and your connection to the land.