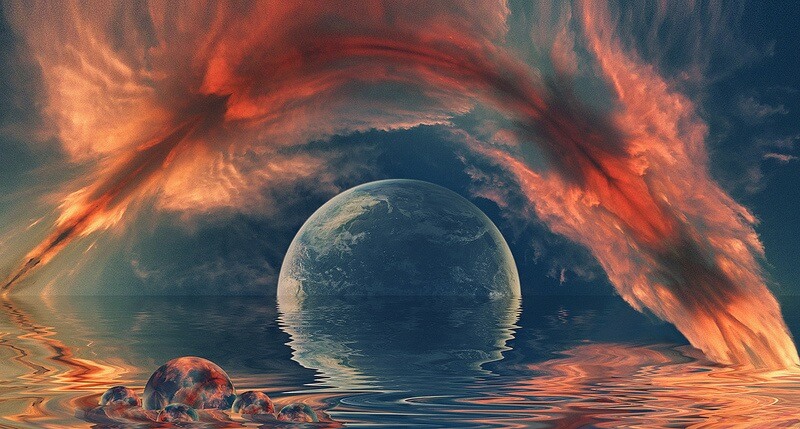 Pluto is the higher octave of Mars

Together they rule the sign of Scorpio, in modern and ancient traditions. These planetary heavyweights have been within one degree of perfecting their merger since 11 am on October 18 (AEDT).

This morning the Moon in Taurus, Scorpio’s polar opposite, merged her energy with the asteroid Hekate from 2.45 to 5.30 pm bringing in one of the most powerful transformative energies from the minor planets, the Goddess of the Crossroads! This afternoon from 2 pm to 5.30 pm the Moon moves on to connect with an Egyptian counterpart, the asteroid Nephthys, shadow sister of Isis and midwife between the worlds.

Mars conjunct Pluto becomes exact at 10.30 pm tonight October 19 and its effects will be palpable until mid-morning on October 21. How are you going to use this energy? Make sure you do so wisely and hold the lid on exploding or trying to coerce others into bending to your will. This ruthless energy is perfect to give you the impetus to force fit your evolution and cut the cords to your past. You may find you are tested and you can use your anger and the power it generates to make the moves you have been procrastinating over. It will enable you to find your intensity, but don’t overdo it!

Ego conflicts and manipulative power plays and struggles will be the name of the game. However with the right degree of control you can make momentous change. Whatever you take on, you will have the energy to work long and hard to accomplish it.

In Capricorn Pluto represents the energy of the elder and bodies who hold the power, like governments, those who have authority over us. Its polarity point is Cancer, our inner child and what is truly in our core. Check out which house in your chart contains 15 degrees and 3 minutes of Capricorn? This is where you are likely to feel this energy. For Melbourne as an event it falls in the 8th House so more Scorpionic energy. Interesting!