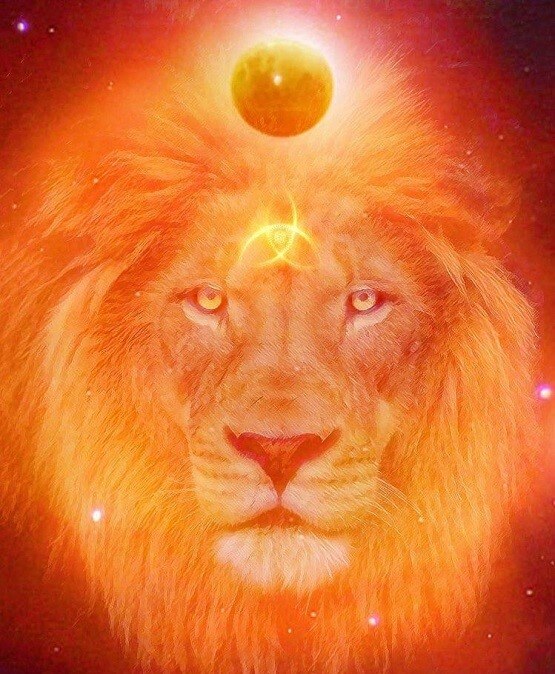 February 2018 begins with an early Full Moon in Leo which appropriately for the King of the Beasts has triple billing! To start with it is a Total Lunar Eclipse which will be visible here in Melbourne between 9.50 pm on Wednesday January 31 and 3.10 am on February 1, exact at 12.28 am! So let’s pray for a clear sky!

It will be the third of three Super Moon’s in a row, which happens when the Moon is closer to the Earth, due to the configuration of her elliptical orbit, so she will appear slightly larger and put out more energy and pull on the tides.

Finally most of the world will be experiencing two Full Moons in January which is sometimes referred to as a Blue Moon. The Americans are getting really excited about this, as the combination of a Total Lunar Eclipse with a Super, Blue Moon hasn’t happened for them for over 150 years, the last time being in March 1866! This happened for Australia in December of 1982 and 1963.

In my way of thinking our calendar months are a man made construct, so I can’t really see what is so special about having two’s New or Full Moons in one month. Also the fact that it’s validity can vary around the world due to time differences makes it even more of a farce. However, when we get two consecutive New Moons in the same Zodiac sign, then that really does pack a punch, as we get to work with the same energy over two months or for twice as long.  The other thing is as its a Total Lunar Eclipse she will be RED not blue lol!

The Full Moon in Leo at 0.28 am on February 1 will be at 11 degrees and 37 minutes of the sign of the Lion, it’s 12th degree. The Sabian Symbol for this degree is “An evening party of adults on a lawn illuminated by fancy lanterns”, sophistication or group relaxation in fashionable surroundings as an escape from work routine.

For the Sun in the 12th degree of Aquarius the symbol is “On a vast staircase stand people of various types, graduated upwards”, the natural progression of states of consciousness or the need to recognise different types and levels of development wherever human beings live or work together. This polarity emphasises that although spiritually we are striving for equality towards all souls being deserving of the same degree of love and compassion, there has to be a hierarchy of levels of consciousness and development which we all need to be aware of as we strive to develop and raise ourselves up to the next level.

The Lunar eclipse is a North Node eclipse with the Moon in Leo less than 4 degrees from this, the forward looking node of purpose and transformation. Dominant seeds of creative potential planted with the Solar eclipse in Leo last August are now ripe for ignition into finite activity, when we can clearly see the areas of our life where we have disassociated from expressing love by closing our hearts and restricting its flow as demonstrated by the Sun and South Node in Aquarius.

The Full Moon in Leo will be conjunct the dwarf planet Ceres within just 2 minutes of arc at the lunation. Ceres has the archetype of Mother Earth from her dominion over the corn and the harvest, in conjunction with loss through Mother-Daughter relationships, told by the myth of her Greek counterpart Demeter and the abduction of her daughter Persephone to the Underworld. So this Full Moon brings us the opportunity to heal any wounds associated with the unconditional love and mothering we received during childhood.

The Aquarius South Node has taught us to stay safe in our minds, creating idealistic pictures of how perfect love should be, limiting our acceptance of love that may come our way. The Leo North Node encourages us to open our hearts and take more chances at being hurt by taking the leap to experience the love we all dream of being connected to.

The asteroids Pythia and Pele will make a partile T Square to the luminaries from the 12th degree of Taurus. Pythia represents the messages we receive from our inner oracles, our intuition and Pele the fire and passion that burns within our hearts. Both can activate a drive for change provided we can find a way to feel safe and secure from within.

Ancient Greek and Babylonian astrologers established that eclipses repeat within a degree of each other every 18 years give or take a few days or so, thus they named this the Saros Series from the word for repetition in Greek. They identified 40 of these series which began at either the North or South pole and moved forward by half to one degree each iteration reaching the equator in 650 years and the opposite pole after another 650 years. By delineating the aspects at the beginning of each series they were able to ascribe a meaning to the series which remained consistent over time.

Both the Total Lunar Eclipse and the Partial Solar Eclipse on February 16 will be from the Saros Series of eclipses named “1 South” The meaning ascribed to this series by Bernadette Brady is around ideas and their enthusiastic expression.

If you have planets, or house cusps especially angles within a degree or so of 12 degrees of Leo, Aquarius, Taurus or Scorpio you are likely to be flooded with ideas and options, make sure you act upon them! You may feel like you are under the hammer and that things need to happen too quickly, but keep with it because ideas will bring positive outcomes if acted upon.

Utilize the self-belief from the Leo North Node to journey towards your dreams!