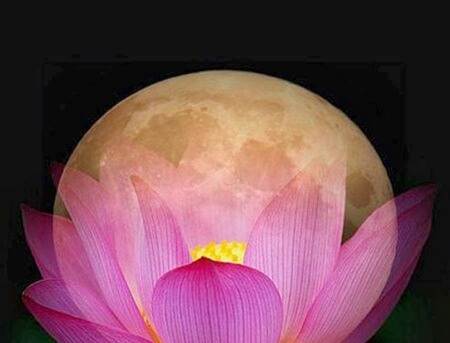 The Libra Full Moon fell on 11 April, at 4.08 pm (AEST). The Moon was at 21 degrees and 32 minutes, the 22nd degree of Libra and the Sun opposite in Aries. The Sabian Symbol for the Moon, at 22 degrees of Libra, is described as ”A child giving birds a drink at a fountain” this symbolizes the concern of simple souls for the welfare and happiness of less evolved beings who thirst for life renewal, solicitude. For the Sun in the 22nd degrees of Aries, there is the Sabian Symbol “The gate to the garden of all fulfilled desires” this symbol represents cosmic abundance made possible by human togetherness and co-operation.

The Sun was conjunct Eris, the dwarf planet whose discovery resulted in the astronomy community having to reorganize their definitions of the qualities a planetary body needed to have in order to be considered to be a planetary body. This resulted in the introduction of a new kind of planetary body definition being created, called dwarf planet. Pluto was demoted to this category in 2006 as a result and Ceres upgraded there from being a minor planet or asteroid. Eris is the archetype of strife and discord which was certainly apparent amongst the astrology community as Pluto is arguably one of the strongest archetypes one can experience by transit and being so slow moving, his effect is felt for the most significant period of time we encounter.

Eris moves even slower taking 560 years to circle the Sun compared to 248 years for Pluto. It is early to understand her effect by transit as yet but it could resolve around unhealthy competition and getting down to the logical facts of a situation. Uranus has been hanging out with Eris for a few years will also within less than 3 degrees from the Sun bringing the likelihood of sudden unexpected changes to the ego or how you are seen. In myth Eris caused the Trojan War, by stirring up a competition for who was most beautiful between three of the most powerful goddesses. She did this because she wasn’t invited to a wedding with all the other Gods because of her personality.

There is a Grand Cross formed at the time with Jupiter and the asteroid Artemis loosely opposite the Sun. The asteroids Atlantis, Apollo and Vesta form a square from Cancer with an energy of purity and truth, Apollo God of Creativity also was a Sun God healing through sheer vitality. The asteroid Gaea, Mother Earth forms the other square loosely connected to Nemesis, Pluto and Pele the Hawaiian volcano goddess in Capricorn. This whole time has a feel of a need to right the wrong in the world before Mother Earth fights back. Venus Retrograde will have moved back to within one degree of Chiron at the time of the lunation reinforcing this need for healing.