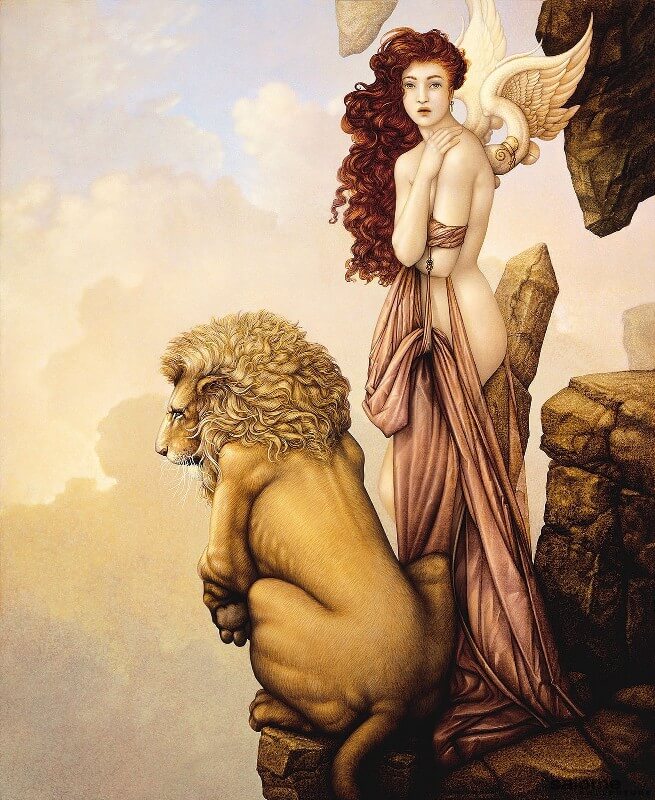 The Last Lion by Michael Parkes

The Sabian symbol is “Glassblowers shape beautiful vases with their controlled breathing”, the keywords being creative intensity, the need to involve your most spiritual and vital energies in a creative act to produce significant new forms. The fire of the blower’s spirit is being employed as well as his physical breath to produce new form from the raw sand that existed in the past. Venus will be applying to conjunct the Sun and Moon as they unite bringing another element of beauty into what is created at this time.

The Moon follows a regular 27 and a half day cycle according to the laws of nature. When New Moon/Full Moon cycle approaches the beginning and end of a month, we are likely to experience a double up, as we will during August. It is the government/church made Gregorian calendar that causes this to happen more often when two 31 day months fall together like July and August! It is the same phenomenon which causes the Sun to change sign on differing days of the month and impact the beginning of each Zodiac sign in the horoscopes. So I’m not convinced that two lunations falling in the same month, popularly referred to as a Blue Moon, has any impact whatsoever energetically! Now two New Moons falling in the same Zodiac sign, which can occasionally happen, is definitely significant, because it allows you to seed the same energy twice, so for twice as long!

Leo lunations are always a positive time to reconnect with the creativity of our inner child. A tense square in the sky will ensure that the right luck is brought to bear at this time, Nemesis the allocator of deservedness will be sandwiched between Venus and the luminaries. They are opposed by Circe the shape shifter in Aquarius, who will ensure the right form is brought to bear. Additional tension will be provided by Asclepius and Eos in Scorpio, making sure youthful exuberances are healed. The other square is from Uranus in Taurus merging energy with Prosperina and Aphrodite, ensuring that deep sub-conscious desires and beauty are taken into account.

Mars has paved the way into Leo and is closely connected to marriage through Juno, he forms the focus of a Yod pattern to Neptune and the South Node complex with Saturn and Pluto. Past emotional patterns around control can be released at this time through inspiring and creative solutions. This is an important seeding opportunity especially for those with Sun, Moon or Rising Sign in the sign of the Lion. 46 minutes later Mercury will Station Direct enabling your mindset to resume forward motion. He will remain in Shadow Mode until August 16 but the pressure will be reduced somewhat. Once he re-enters Leo on August 12 things will really start to make sense.

So more than usually with a Leo New Moon, this is a powerful time to regroup and put out your intentions into the world. With the Sun and Moon in the sign of Leo, the energy focus will be on:

• Finding ways to “look good” and shine
• Increasing self-esteem through gaining credibility
• Being optimistic and tackling problems head on with confidence
• Encouraging others to be the best they can be, being helpful
• Entertaining friends, being a good host
• Developing and expressing creativity and intuition
• Playing with children or those we love and having a good time

The area of your life that will be most impacted by the Leo New Moon affirmations around the areas indicated below are likely to be the most powerful, but some adjustment may be required to the life areas: 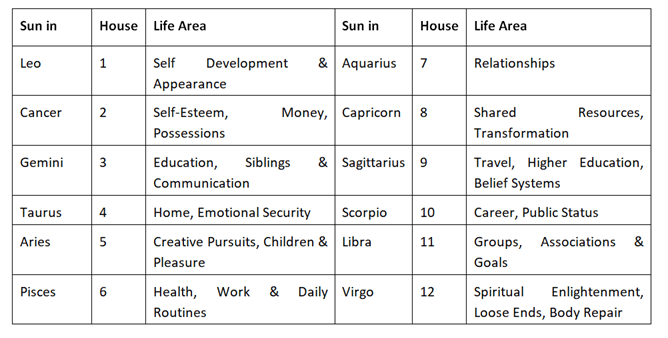