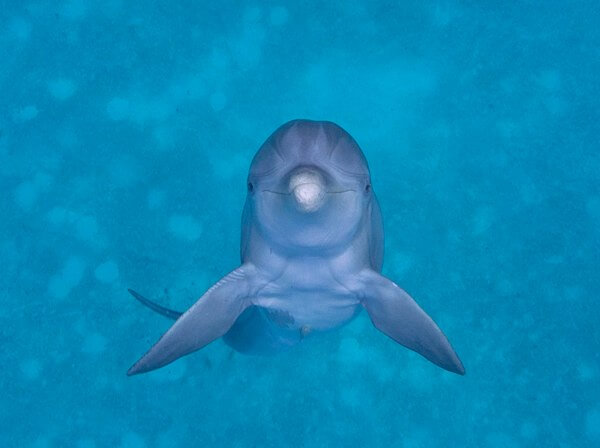 Photo by Kathleen Fisher of Wildquest

Gemini Moon with Atlantis this morning, immediately after she moved into the sign at 12.33 am (AEST).  She remained in contact withe asteroid and archetype of Atlantis, the lost, perfect civilization until 5 am this morning.  So your dreams could have been influenced by the Minoans, Crete, Santorini or volcanic eruptions! Or indeed by the dolphins, who live in a perfect state of consciousness today!

My friend Mary Getten, (author of Communicating With Orcas – The Whales Perspective), who works telepathically with whales and dolphins, claims that dolphins are fascinated by us humans.  They follow our boats despite sometimes being mistreated, because we are the only other species who have the capability of becoming conscious like them.

Dolphins are of course associated with Sedna, the last body the Moon merged energy with as sea mammals.  How interesting that these two bodies are travelling next to each other in the Zodiac at a time when conservation and climate control is so critical and becoming discussed more in the political arena, even though the action by many major contributors is not yet what is required.

If you would like to undertake a meditation or ritual in this area, dolphins are the animal most closely associated with Atlantis.  Larimar is the gemstone that is most closely connected to both of them, (those who know me well may remember I always wear a larimar dolphin tail necklace, next to a gold emblem of Sekhmet the powerful lion-headed Egyptian Neter).

Plato associated the destruction of Atlantis with the volcanic eruption on Santorini in his writings as they occurred around the same time.  Others like Edgar Cayce have placed it near to Bimini in the Bahamas, (where I have snorkeled with dolphins through Wildquest) or even Sedona.  Maybe it just existed in another dimension!

From 12 pm until 4 pm the Moon will journey on to merge energy with the asteroid Hygeia, Goddess of Healing through healthy practice, (her name has the same route as hygeine!).  Hygeia was one of the children of Asclepius the Greek God of Healing and a grand daughter of Apollo.  She is often pictures caring for the snakes he used as part of the healing practice in his dream temples.

So today in Gemini , you might take the opportunity to investigate, reflect, learn or communicate about you can heal yourself, or develop more healthy daily routines as we move into more and more concentrated Virgo energy.