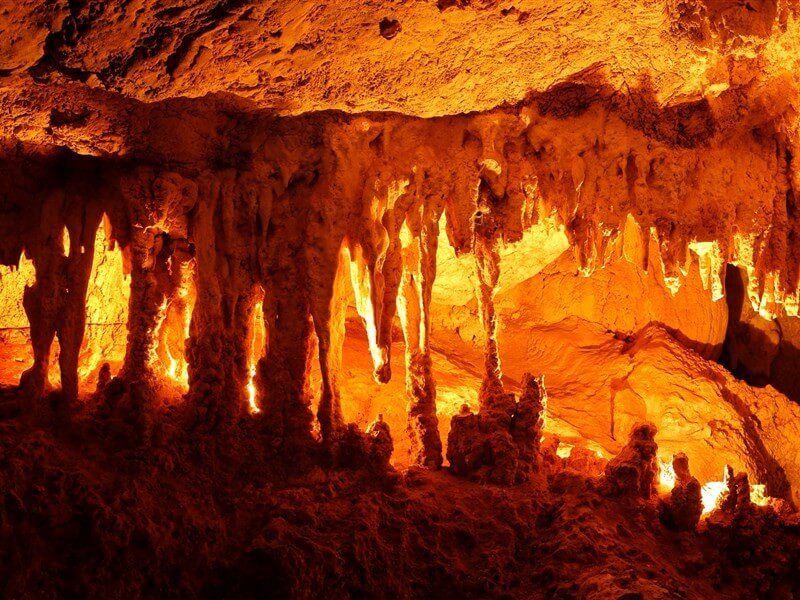 Capricorn Caves in QLD are lit up by the Solstice!

The Sun will move into Capricorn for the Summer Solstice on December 22, at 9.22 am, some 30 hours prior to his monthly opposition with the Moon. Together these two milestones in the sky will combine, to bring stronger than usual patterns forward for the next 3 months, the astrological season of Summer. The Sun will be flanked by the asteroids Nephthys and Anubis for his ingress into Capricorn and continuing on into the Cancer Full Moon, which will occur at 4.48 am, daybreak on December 23, around the same time Mercury leaves his post retrograde shadow!

Nepthys was the Egyptian Neter of death and grief, she deceived the husband of her sister Isis, into impregnating her with her jackel-headed son Anubis. Anubis became the undertaker God or Neter, who prepares the bodies of the dead for their journey into the afterlife. Nephthys is often said to be the shadow side of Isis who was the Neter of love, magic and resurrection. Osiris represented the land and regeneration in general.

The Moon will be at 0 degrees and 49 minutes, within the 1st degree of Cancer, and will have the Sabian symbol “On a ship the sailors lower the old flag and raise a new one”. This is reorientation, decisive action symbolising a point of no return, to a radical change of allegiance.

The Sun in the 1st degree in Capricorn will have his Sabian Symbol as “An Indian chief claims power from the assembled tribe”, this speaks of authority, demanded by the Sun as he rises on the beginning of a new day! It is a new beginning, the day after his ingress into the sign of achievement. The Sun will be strengthened by a wide conjunction to Saturn the ruler of Capricorn, at full strength in his favourite sign.

However the Moon is equally powerful within the sign of her rulership, Cancer!  This Full Moon in Cancer accompanies the recent shift of the Nodal Axis back into Capricorn and Cancer, it opens the energy vortex for their first Solar Eclipse on January 7 2019 with the Capricorn New Moon.

So there are many symbols of transformation and rebirth accompanying this Capricorn Solstice/Cancer Full Moon. The asteroids Hekate and Urania form a partile square to the lunation and yet another Grand Cross! From the Greek tradition Hekate was the powerful Goddess of the crossroads and transformation, daughter of Asteria, the Goddess of the Starry Sky and astrology. Urania was the Muse of Astrology and Astronomy charged with inspiring the creative poets, artists and play writers to keep the myths and stories of the gods alive through their connections to the celestial sky. So much synchronicity from so many sources! It is clearly an important new beginning for us all.

We have our own lighting up for the Solstice here at the Capricorn Caves North of Rockhampton, read about it below