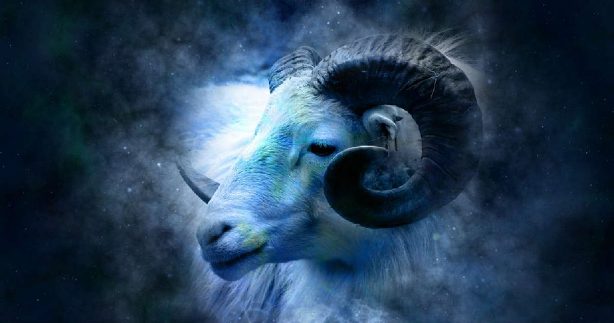 The Aries New Moon 2019 will be an extremely potent one!  The month of April began with dwarf planet Pluto and the South Node of the Moon edging ever closer together! Pluto is the God of the Underworld representing your unconscious. His archetype includes transformation eliminating all that doesn’t serve you from your being, so you can develop and grow into the enlightened being you were designed to be. The Nodes of the Moon are points in the sky that represent your soul’s karmic journey. As the points where the Moon’s orbit around the Earth dissects the ecliptic or the path that the planets form around our planet, they move backwards through the Zodiac.

The South Node contains the repressed emotional patterns that your soul has come here to heal, so it’s connection with Pluto has incredible opportunities for transformation and growth if you can only face your demons! The pair will form an exact conjunction where the energy is strongest on April 5 at 6.17 am some twelve hours before the Aries New Moon at 7.50 pm.

In Capricorn they will be making a square to the luminaries due to their close connection to Saturn, their ruler. Saturn has been called the Father of Time and the Lord of Karma. A day or so following this we move our clocks back so that we are only 10 hours ahead of UT in England. To quote the eagerly awaited “Game of Thrones”, “Winter is Coming”!

Saturn and Capricorn are synonymous with winter in the Northern Hemisphere. The South Node in Capricorn speaks of control over your emotions, doing things hard and having a fear of not having enough, needing to hold on tight to what you feel you need. It also represents the feeling of hopelessness that can overcome you after going through a period of hardship and loss. Pluto brings the opportunity to face your demons and move forward to being loved and nurtured by the North Node in Cancer, as the purpose possible in life. So you could say your karma is ripe and ready to be acted upon.

The Aries New Moon will bring the opportunity for personal fulfillment, to follow your ambition and find the energy to fight your battles to go forth and conquer your demons! In 2019 the Moon will be at 15 degrees and 17 minutes of Aries, so halfway through the 16th degree of the sign. The Sabian symbol for this is “Nature spirits are seen at work in the light of sunset” attunement to the potency of invisible forces of nature, this requires repotentialisation.

This a hugely powerful lunation cementing the strong energy for change indicated by the Equinox entry into Aries on March 21. The Sun and Moon are closely opposite to the asteroid Iris, the Goddess of the Rainbow who could never tell a lie, in other words your intuition.

They are forming a Grand Cross or Square in the sky to the Nodal Axis and the karmic influences coming from Saturn and Pluto on the South Node. The asteroid Medusa will be exactly conjunct the South Node at the time of the New Moon reinforcing the need to move towards love and Cancer but not to lose your head in the process. Medusa was cast out as a monster by Pallas Athena to remain alone, turning anyone who gazed at her face into stone. She was finally killed by the hero Perseus, with Athena’s help, and used to rescue Andromeda, from a monstrous sea serpent or dragon by turning it into stone.

This Aries New Moon has a serious overture, decisions that are made need to linked to reality and based on sound foundations. While the South Node holds your karmic past, the Aries Moon and North Node both link to your transformative future. So there is scope for the Aries energy to be manifested in more or less pure warrior form, whilst reflecting on what you really value and what is truly authentic for you, moving forward with courage and determination in whatever are of life is indicated from the position of the sign of the Ram in your chart.-

With the Sun and Moon in the sign of Aries, the energy focus is on:

• Starting new initiatives or projects, having new ideas
• Putting yourself first, only getting involved in activity which benefits you personally
• Taking the lead, guiding other people
• Being active, getting involved in competition or competitive sport as an individual
• Going with the flow, letting other people take the lead
• Taking risks and trying to exceed your personal best performances
• Being independent and decisive
The area most aligned with the position of the New Moon can be best gleaned from your natal horoscope chart, however if you only know your Sun Sign, then affirmations around the areas indicated on the next page are likely to be the most powerful, but some adjustment may be required to the life areas below: 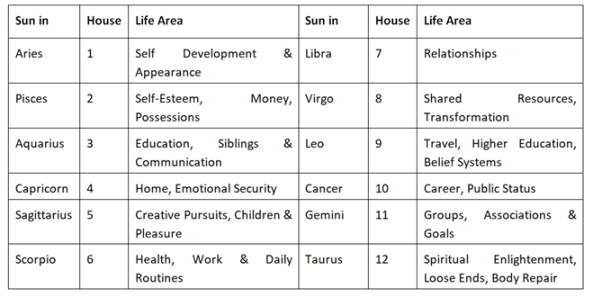