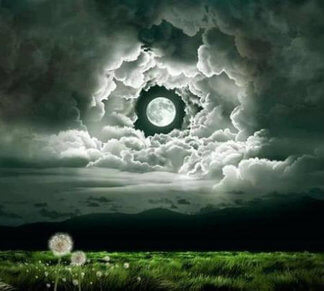 Venus and the Sun made their exact conjunction and lucky Star Point yesterday at 4.07 pm. Today Mercury will finally leave behind his shadow phase and nothing will be holding back your positive view of life, its full steam ahead. The Aquarius Full Moon will fall five and a half hours later at 10.29 pm (AEST), with the Moon at 22 degrees and 24 minutes, the 23rd degree of Aquarius and the Sun opposite in Leo.

The Sabian Symbol for the Moon, at 23 degrees of Aquarius, was described as ”A big bear sitting down and waving all its paws”, discipleship or self-discipline resulting from intelligently developing individual faculties under proper training. Interestingly the Moon will be closely conjunct the asteroid Achilles representing courage in the face of war.

Venus will have separated from the Sun by just 21 minutes of arc. She will be moving towards a conjunction with Mars on August 25, after they have both moved on into the next sign of Virgo.  At The Full Moon, the Moon will clarify the situation from Aquarius, the asteroid Juno will be sandwiched between the two protagonists.  Juno is the archetype of marriage, power through relationship and commitment.

Perhaps Achilles is reminding you to stand form to maintain your independence and authenticity in any such arrangement, making sure there is still time provided for fun and creativity. A square from the asteroid Kassandra in Taurus will remind you to make sure your concerns are heard and believed in, not overturned as unimportant or unbelievable.